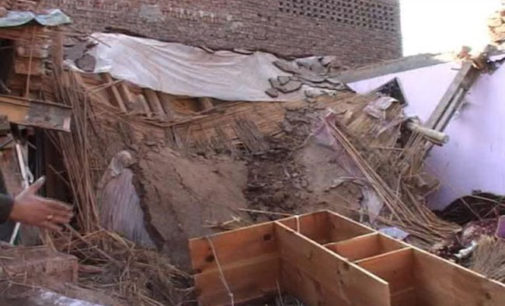 BUNER: Two children of a family lost their lives, while two others were injured when roof of a house collapsed in Buner on Saturday.

Police said the incident happened in Daggar area in the morning where the roof of a mud-made house collapsed after heavy rain. Two children, identified as Zeeshan and Shayan, who were cousins, lost their lives in the incident, while two other people, including a woman, sustained injuries.

According to Metrological Department, no rain is expected in Khyber Pakhtunkhwa and tribal districts during the next 24 hours and the weather is expected to remain hot and humid.