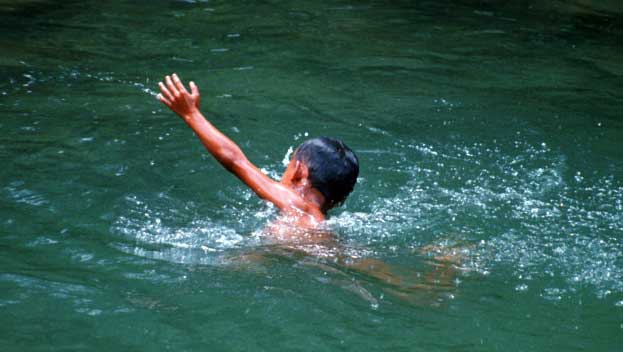 The district administration said seven-year-old Maaz and eight-year-old Habib came along with the female members of the family to Panjkori river. It said the two children drowned in the river while bathing at a time when the women were washing clothes. The local people gathered at the spot after the women sought help.

The district administration used machinery to drain out one side of the river. The bodies of the children were found after hectic efforts of many hours.