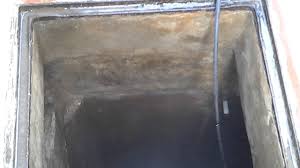 Local sources said four-year-old daughter of Bakht Buland and four-year-old son of Hazrat Hussain were playing when they fell into an underground water tank and drowned. The deceased children are grandchildren of Malik Muhammad Hussain, who previously contested the NA-44 elections as an independent candidate.

Meanwhile, the body of a young man was found in Akora Khattak, Nowshera, police said on Saturday.

Atif went for playing volleyball on Friday evening, but didn’t return home. His body was later recovered from a graveyard. The body was strangulated and also bore bullet wounds. The body was sent to District Headquarters Hospital Nowshera for post mortem.