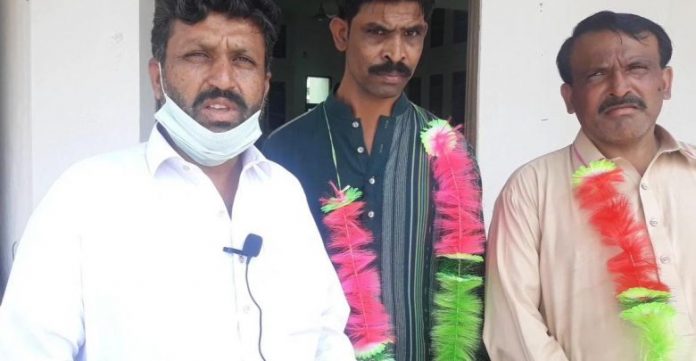 Local sources said that two brothers, Waris Yousaf and Sattar Yousaf, sons of Yousaf Masih, who are performing duty in the quarantine centre in Dogra Hospital in Bara, have embraced Islam by reciting the Kalma. Both the brothers hail from Vehari district of Punjab province. Both have announced to lead the rest of their lives under the teachings of Islam.

After embracing Islam, both the brothers have changed their names to Abdul Waris and Abdul Sattar. To a question about their decision to embrace Islam, the two brothers said they did so according to their own free will and no one pressurise them for it. They said they were greatly impressed with the conduct of other Muslim fellows performing duty at the quarantine centre in Dogra Hospital and decided to embrace Islam. They said Islam is a complete code of life and they are very satisfied over taking the right decision.

On the occasion, local elders Haji Maroof Afridi, Mufti Kafeel, Jamaat-e-Islami (JI) leader Qazi Momin Afridi and other elders congratulated the two brothers for embracing Islam and presented them floral garlands. They expressed happiness over the two brothers embracing Islam and said Muslims can impress people of other religious by following the true teachings of Islam and showing high degree of respect, patience, forbearance and nobility under the Islamic teachings.

The infected staffers also included four women, while the tests of two doctors have come back as negative. Sources said two doctors, Dr Shahbaz and Dr Wasim, who were earlier tested positive, have now tested negative for the virus. Nine staff members, including Dr Siddique, have been infected as their tests have come back as positive.

Owing to a huge burden on Dogra Hospital, the local people have called upon the government to upgrade it to reduce their difficulties. The population of Bara is increasing rapidly and Dogra Hospital is just not enough to meet the needs. The people of the area have also appreciated the efforts and services of doctors and health staff amid coronavirus emergency.