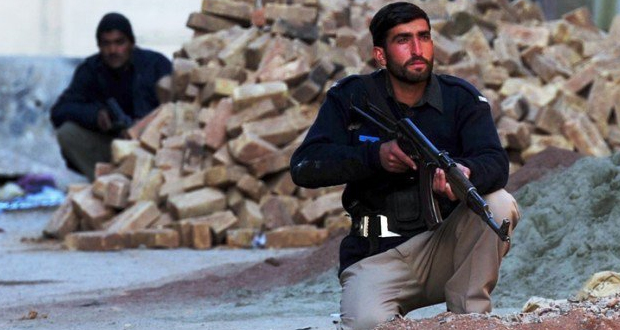 Deputy Inspector General Abdur Razaq Cheema said that two assailants gunned down two policemen Abdur Rasheed and Bashir Shah who were on way home killing them on the spot.

Four passersby were also injured in the crossfire who were hospitalized in which one is reportedly in critical condition.