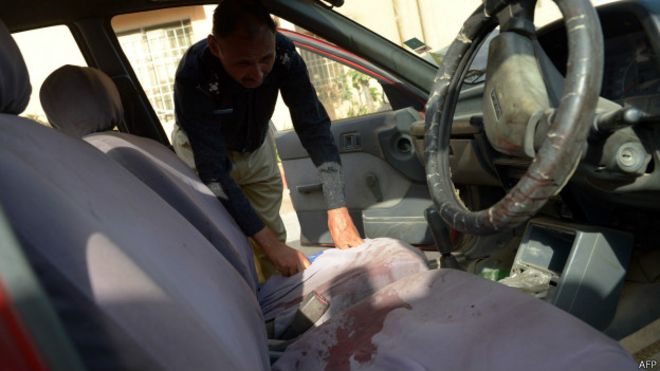 DERA ISMAIL KHAN, 28 May: Two cops have been killed and two others sustained injuries in a grenade attack and firing on a police van in Dera Ismail Khan.

Police said the mobile van was on routine patrolling in Kali Pul area of Draban last night when unidentified militants opened fire on them and also hurled hand grenades killing two cops and injuring two others. The security personnel arrived at the scene after the incident and launched a search operation.

Meanwhile, seven children have been injured in a toy bomb blast in Tank.

Police said the incident happened in Sheikh Attar area yesterday. The children found the toy bomb in a drain and were playing with it when it exploded.