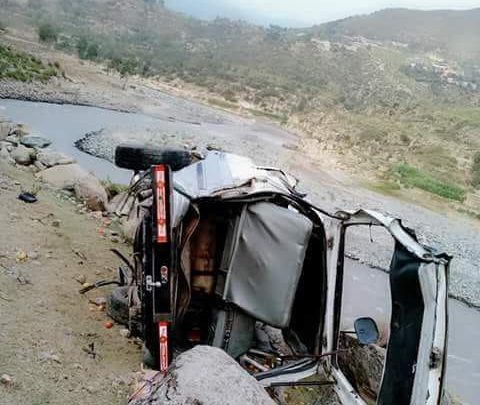 UPPER DIR: Two persons died while 14 others were injured after a passenger van plunged in deep gorge in Siloor area of Upper Dir district, police said on Monday.

They said that a passenger van was on way Patrak area of Kohistan district from Peshawar when driver lost control of the vehicle near Siloor area. The vehicle plunged into a deep ravine, leaving two passengers dead on the spot while 14 others were injured.

The police added that injured were shifted to District Headquarters Hospital Timergara by local people.

The dead were identified as Imranullah and Fazal Ghani. Doctors at the hospital reported the injured to be in stable condition.