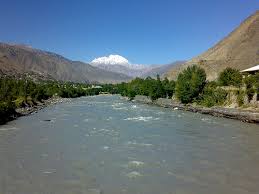 CHITRAL, 3 June: Two persons drowned in Chitral river, while two others were rescued in injured condition after a vehicle fell into the river yesterday.

Police said a passenger vehicle was travelling from Dir to Chitral when it went out of driver’s control due to poor condition of the road in Mirkhani area and fell into Ziarat river. Two persons drowned, while two others, including a woman, were rescued.

Another person also went missing in the accident. Search for the missing person was underway till filing of this report.