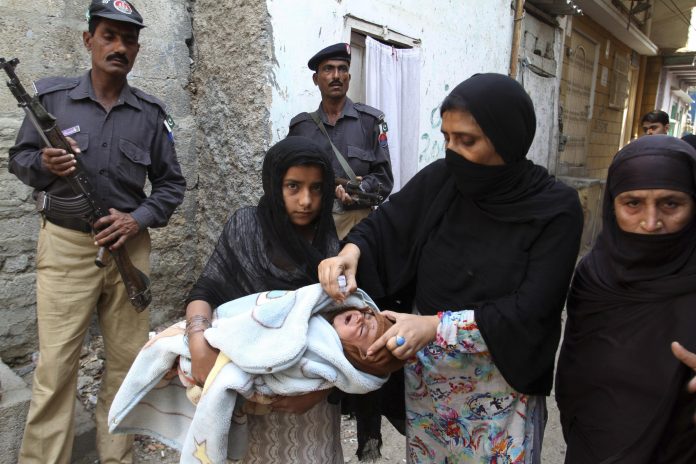 The police said that the deceased workers were mother and daughter who were administering polio vaccines in Shalkot locality of the city.

They added that the police launched a search operation immediately while lady health workers boycotted the drive after the incident.