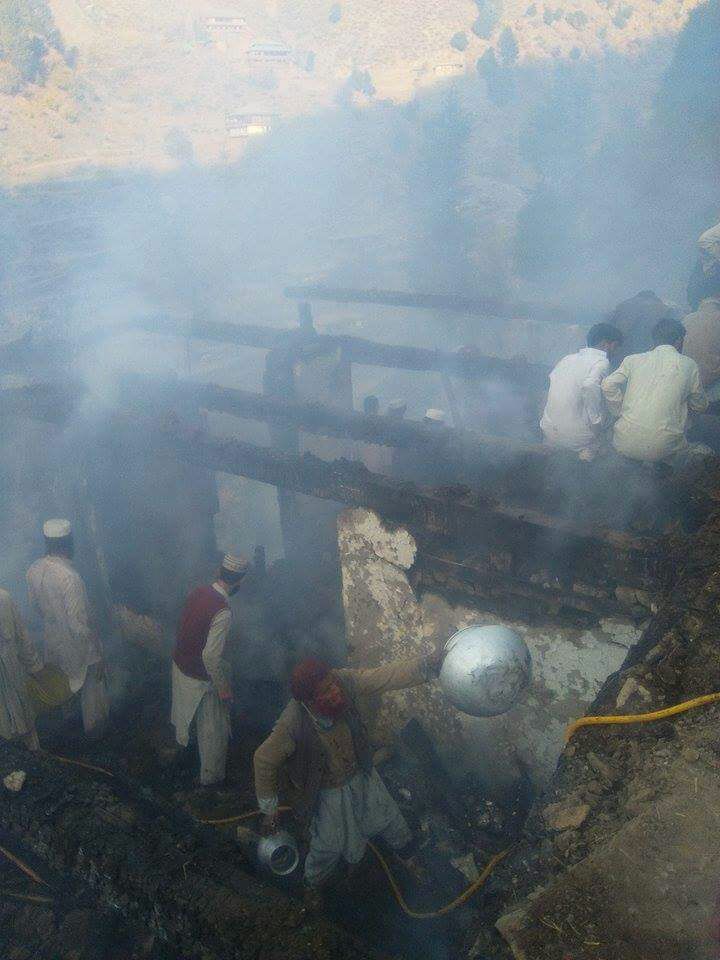 UPPER DIR, 4 November: Two girls lost their lives when fire erupted in a house in Doug Darra area of Upper Dir on Saturday.

The local people said the fire erupted in the house of Sadbar due to electricity short circuit in the morning in which his two daughters, eight-year-old Saima and four-year-old Madiha, suffered severe burn injuries and lost their lives. The area people were busy in removing the rubble of the house till filing of this report.

Cattle in the house were also killed in the fire incident. The area people said the Fire Brigade did not arrive at the scene and people doused the fire on self-help basis.