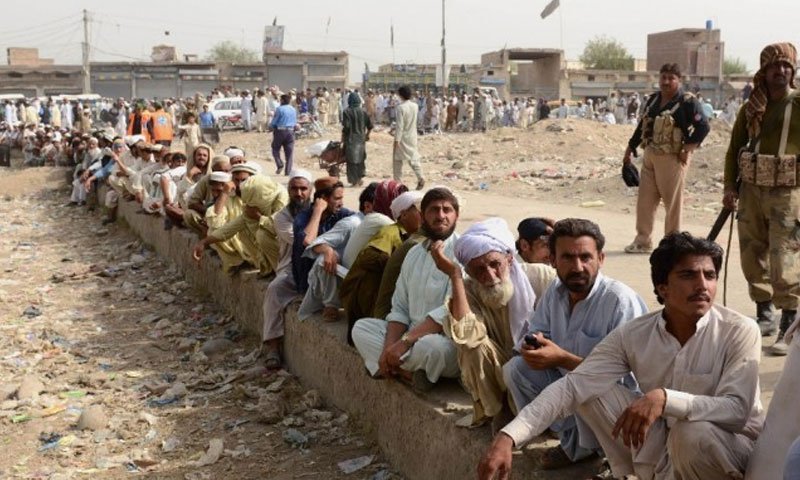 BANNU, 22 June: Two internally displaced persons (IDPs) of North Waziristan Agency have died and eight others injured in a clash with the security forces in Frontier Region Bannu.

Official sources said the security forces were checking the IDPs at the gate of Bakakhel IDPs camp yesterday when some IDPs exchanged hot words with troops over the issue of gate pass. The IDPs started protest over the issue after which the security forces opened aerial firing to disperse them. Two IDPs were killed and eight others injured in the firing of troops. The injured were taken to a hospital for treatment.