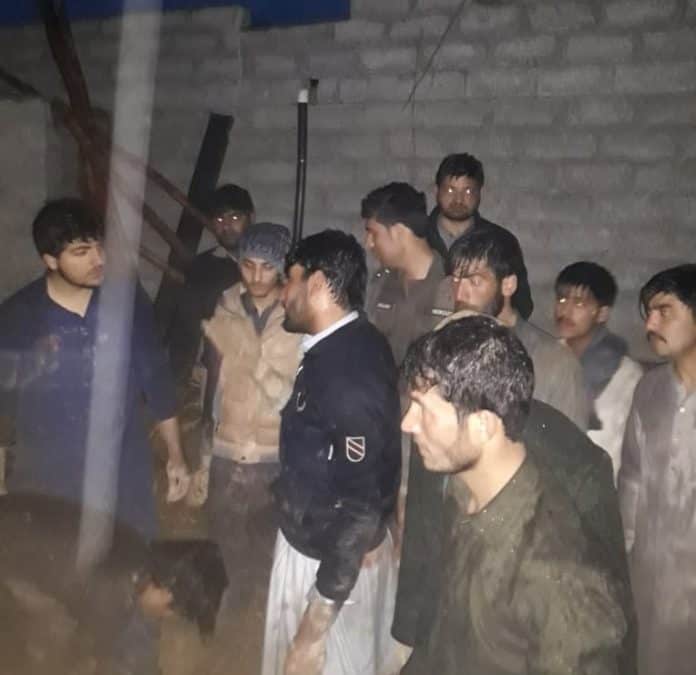 HANGU: A women and her five-year-daughter were killed when the roof of their house collapsed due to heavy rains in the district.

Police officials informed that continuous training for the last 24 hours has shattered down the roof of their house. It suddenly collapsed due to which the women and her daughter trapped under the debris. The local people rushed for rescue efforts however, they faild to rescue the mother and her child.

Besides the rains, snowfall has also been reported on hilly areas of Orakzai, due to which there has been cold weather in the district and surrounding areas. Due to snowfall the roads to Japar Top, Snowpog, Yakhukandao and Samana have been closed for traffic.

The intermittent rain and snowfall continued in parts of the province, blocking link roads and increasing chill in mountainous areas. Though the weather remained cloudy in the provincial capital, it received heavy rain in the evening

In another incident reported from Charsadda, at least four children were injured due to roof collapse in Sherpao area after the 24 hours of heavy rains. After the incident, a large number of local people and ambulance of Rescue 1122 rushed to the spot and rescued all the students trapped under the debris.

According to details, the students were at the seminary of the Qari Roohu Ullah, situated in Qayyum Abad area of Tehsil Tangi, when the roof of the seminary suddenly collapsed due to 24 hours of heavy rains. All the students inside the seminary were trapped under the debris of the roof.

Due to the timely rescue efforts by the locals and rescue 1122 team, children were rescued, however, four children sustained injuries. The injured were rushed to the Tehsil headquarter hospital in Rescue 1122 where their conditions are stated to be out of danger.

The rescue 1122 emergency service of Khyber Pakhtunkhwa has reported that the heavy rains in district Charsadda have incurred heavy losses to the people of the area. The rescue officials said that they are ready to provide emergency support in case of any incident.