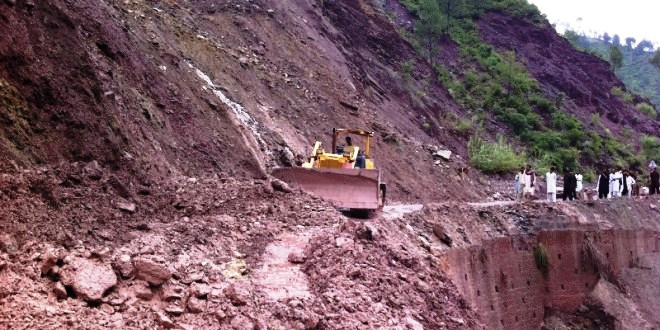 SADDA: A man and his daughter were killed on Wednesday after landslide over them in Pir Qayyum village in Lower Kurram.

Locals said that Gul Rasul was working near the mountain when it slide and buried them. They were retrieved and rushed to the hospital but they died on way and doctors declared them brought dead.

He left behind a widow and a 15 years old son. Locals appealed the government to provide financial assistance to the family as they were extremely poor.