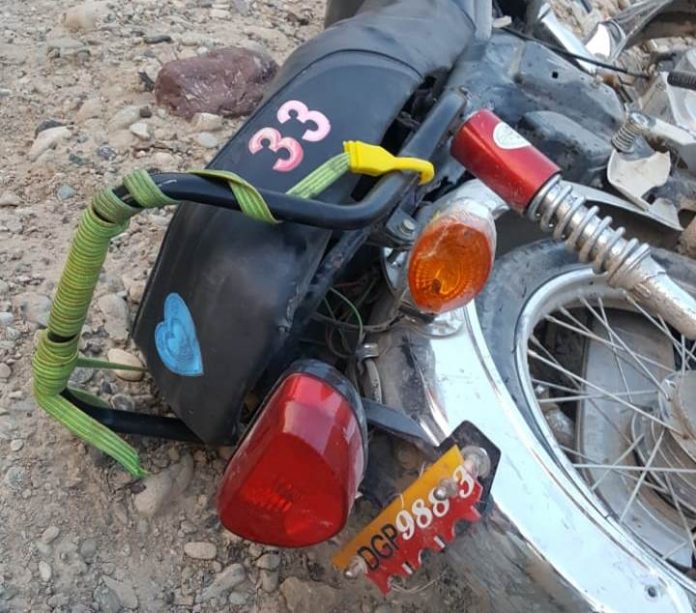 MIRANSHAH: Two persons from Bannu lost their lives in a traffic accident in Mir Ai area of North Waziristan tribal district on Monday.

Local sources said Naseeb Dar and Bahadur Khan, hailing from Bannu, were coming to Bannu from North Waziristan on a motorcycle when they were hit by a speeding van near Mir Ali due to which they died on the spot. The deceased persons were taken by the local people to Mir Ali Hospital. They were handed over to their families after post mortem.

The local administration has initiated investigation into the matter.

One person lost his life and five others, including a woman, sustained injuries when a car plunged into a ravine in Madian area of Swat. 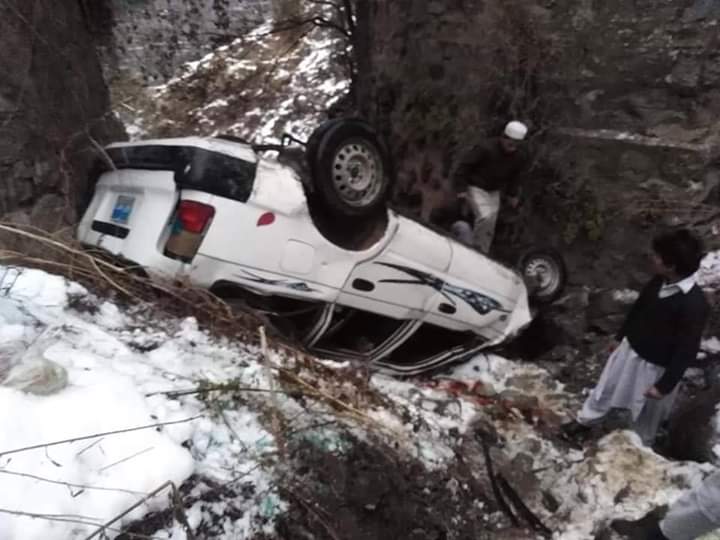 Police said the car skidded off on the snow-covered road and fell into a ravine. The injured people were taken to Saidu Sharif Hospital.

Four persons were injured in a traffic accident in Peshawar on Tuesday.

The accident happened near Bacha Khan Chowk where a car overturned in the morning, injuring four people. The injured people were taken to hospital for treatment. Their condition was stated to be out of danger.

Meanwhile, two persons were killed and eight others sustained injuries in a road accident in Tando Allahyar. A rickshaw collided with a truck at Tando Adam Road in Tando Allahyar district. The bodies and the injured were taken to hospital.

A couple was critically injured in an explosion due to gas leakage in Kach Banda area of Karak on Monday.

Police said a house caught fire due to a gas explosion in a house due to which a man and his wife sustained burn injuries. They were taken to a hospital from where they were referred to the Lady Reading Hospital in Peshawar due to their critical condition.

Several people have been killed in gas leakage related incidents in Khyber Pakhtunkhwa after the start of winter season. Most of such incidents happened due to lack of proper precautionary and safety measures.

A child was killed and his mother was injured in a gas explosion inside a house in Bamozai area of Lakki Marwat few days ago.