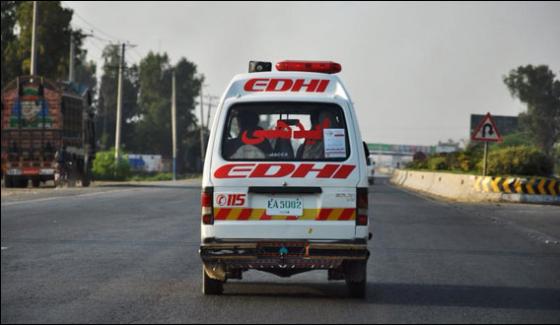 The first accident happened in Kheshgi area at Nowshera-Charsadda Road where a tractor trolley ran over a bicycle and killed the bicycle rider on the spot.

The second accident happened in Akora Khattak on Nowshwera-Jehangira Road where a speeding flying coach ran over a pedestrian who was crossing the road, leaving him critically injured. The injured person was taken to Lady Reading Hospital in Peshawar where he succumbed to his injuries.

Both the bodies were taken to District Headquarters Hospital Nowshera for post mortem. After autopsy, police registered cases of both the incidents and initiated investigation.

Traffic accidently routinely happen in Khyber Pakhtunkhwa and Fata mainly due to poor condition of roads and reckless driving.