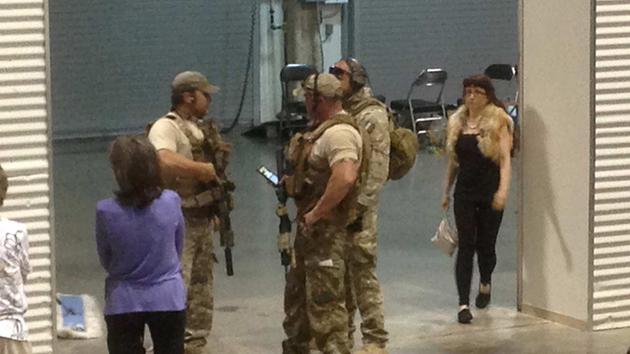 PESHAWAR 04 May: Two persons were killed and a police officer received injuries in a firing incident outside a conference hall, holding a contest of blasphemous drawings of Holy Prophet (Peace be upon him).

According to US media reports, last night in Dallas city two persons started firing from outside of the hall where the conference was in progress. Both the men died in the firing while a police officer received injuries.

It merits mentioning that earlier a French Magazine Charlie Hebdo published blasphemous drawings. In January the office of the magazine was attacked in which 12 people were killed.