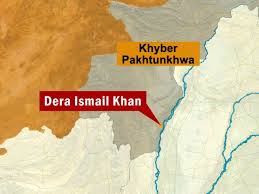 DERA ISMAIL KHAN, 21 May: Two persons have died and three others sustained injuries in a blast due to fire in a petrol tanker near a petrol pump in Dera Ismail Khan.

Police said the incident happened at Sufi Siraj Hotel at Bannu Road when someone threw a cigarette at a time when some people were filling the petrol tanker. A room of the hotel was destroyed while two rooms were damaged in the blast.

On the other hand, two unidentified dead bodies have been found in Tank.

Police said the bodies bearing bullets marks were found from Menzai area of Jandola. The ages of the victims are between 25-30 years.