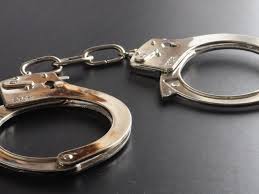 PESHAWAR, 17 October: Peshawar Police on Friday foiled a terrorism bid by arresting two militants and recovering suicide jackets and arms from their possession.

Capital City Police Officer Mubarik Zeb said at a press conference on Friday that on a tip off the police conducted a raid in Urmar area and recovered six suicide jackets, eight detonators and explosive material from a school room. He said both the arrested militants belonged to a banned outfit.

The CCPO said the arrested militants were planning to attack mourning processions and imambargahs during Muharram.