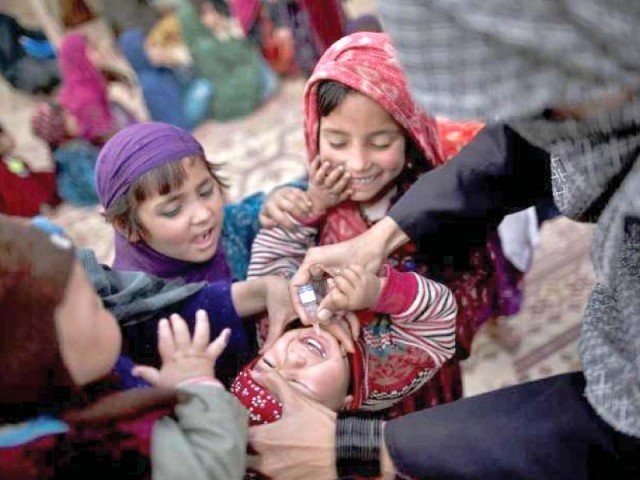 PESHAWAR: Two more polio cases were reported from Khyber Pakhtunkhwa on Tuesday taking the total number of polio victims to eight for the year of 2019 in the country, say officials of the National Emergency Operations Centre for Polio Eradication.

The cases have been reported from the from North Waziristan and Bannu districts of Khyber Pakhtunkhwa, where the anti-polio vaccination campaign has already been made controversial after thousands of children were shifted to hospitals in Peshawar and other cities after they were vaccinated against poliovirus.

The protestors have also ransacked a health facility in Masho Khel village, from where the issue of children illness allegedly due to polio drops was first reported.

An official, citing the tense situation in parts of the province, also confirmed that the ongoing polio eradication drive has been suspended in 24 union councils of Peshawar.

Giving the details of the new cases, the officials said, one polio case has been confirmed from a sample taken from North Waziristan and the other from Bannu district. The National Institute of Health had isolated the wild poliovirus from a stool sample of 22-month-old boy Hamza of Kot Beli, Bannu and two-year-old girl Razia of Ahmad Khel, Miran Shah area of North Waziristan district.

The new case was reported from the area, Bannu, where a policeman performing security duty for a polio vaccination team was shot dead today morning. Polio vaccination campaign was continuing in Bannu when unidentified armed men opened fire on assistant sub-inspector Imran, leaving him dead on the spot. The assailants escaped the scene after the incident.

The total number of polio victims in the province for 2019 is reached to eight now.