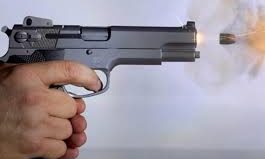 The police say the Accounts Officer of the Fata Secretariat, Mr Ehsanullah, and his driver were travelling to office in a vehicle when the armed men fired shots on them in Yakatoot locality, close to the Agha Mir Jani Police Station, killing them on the spot.

The target killing spree in the provincial capital has panicked local residents. Several people, including politicians and police personnel, were shot dead during the last two months.