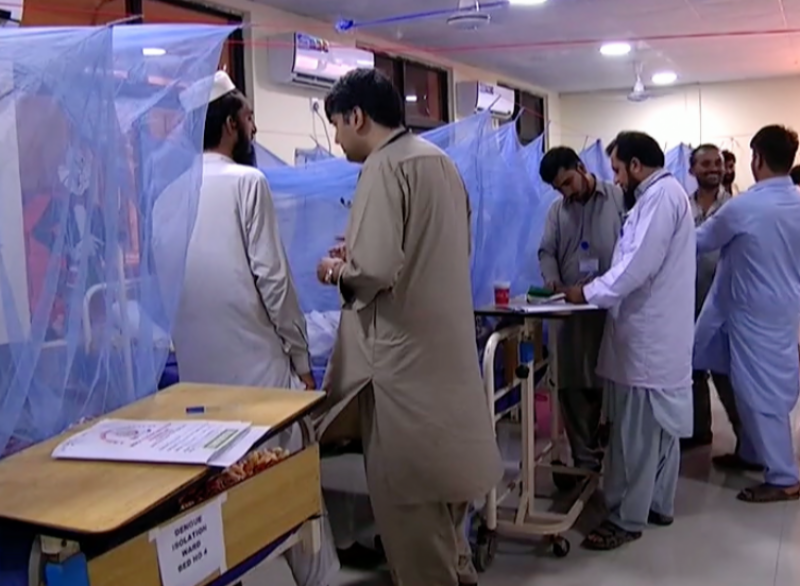 PESHAWAR, 28 September: Two more dengue patients died in Peshawar on Wednesday after which the death toll from the disease in Khyber Pakhtunkhwa mounted to 37.

According to Dengue Response Unit, Mehmood Jan from Lalazar Colony was admitted to Khyber Teaching Hospital Peshawar on 20 September, while Muhammad Hussain was admitted on 26 September who died during treatment on Wednesday. As many as 330 more dengue cases were confirmed in different parts of the province during the last 24 hours.