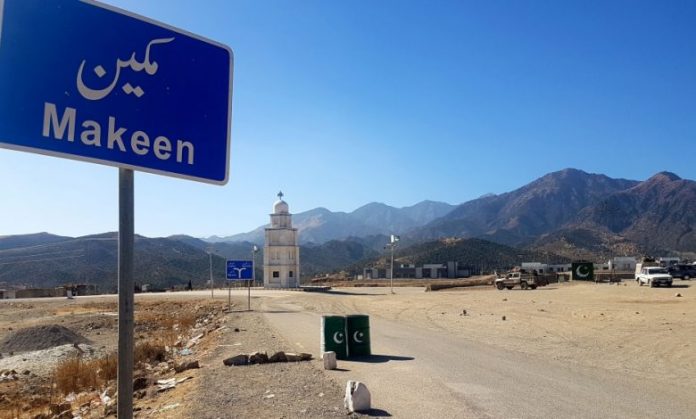 District Police Officer (DPO) Shaukat Ali said two engineers were kidnapped from Qalandar village of Makeen tehsil in South Waziristan. The police chief said both employees, Shafiullah and Taimoor, were employed by the NGO and were performing duties in South Waziristan.

Shaukat Ali said police have formed different teams for recovery of the kidnapped engineers. No group has claimed responsibility for the kidnapping. It is also suspected that it might be a case of kidnapping for ransom.

The security forces Thursday seized a huge cache of explosive material during a raid in Zhob district of Balochistan.

The security sources say the proscribed Tehreek-e-Taliban Pakistan (TTP) was planning to use the explosives in terror activities in Quetta and Zhob. All the explosive material is believed to have been brought into the country from Afghanistan.

A man committed suicide after killing three people and injuring two others in Batkhela on Wednesday.

Local sources said the accused Latif shot dead his father-in-law, mother-in-law and a neighbour over a domestic issue. Two persons including a woman were also injured in the incident. The accused then committed suicide after killing three people. ,

The deceased and the injured were taken to a hospital in Batkhela.

A day earlier, police defused a bomb planted outside the house of a trader in Paharipura area of Peshawar.

Police said unknown miscreants had planted a locally-made bomb outside the house of trader Muhammad Zeb in Ajab Khan Town in the limits of Paharipura Police Station. A time device was fitted with the bomb.

Soon after receiving information, police called the bomb disposal squad which defused the bomb. A comprehensive probe has been launched into the incident after complaint lodged by the trader.