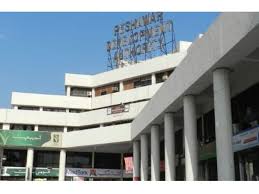 PESHAWAR, 1 July: Two officers of Peshawar Development Authority (PDA) have been relieved of duty on the charges of irregularities and misuse of authority and an inquiry has been launched against them.

A notification issued from the office of Director General PDA on Friday, alleged that Director Building Controlling Gul Afzal Afridi and Deputy Director Abdul Baaes of same department had attempted to mislead high ups through their fabricated annual performance reports.

It alleged that the officers misused their powers while exercising their professional duties as well as ignored the orders of Chief Minister Khyber Pakhtunkhwa Pervez Khattak regarding the removal of additional billboards from various roads in Peshawar city.

A two member committee comprising Director P&D Muhammad Arif Khan and Director Engineering Juma Rehman has been formed to investigate charges against the two officers. The committee has been directed to submit inquiry report to the concerned high officials within ten days.