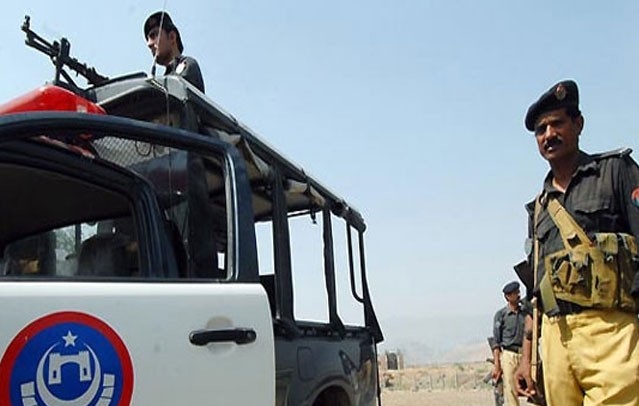 Police said a vehicle of policemen was on routine patrol in the morning when it hit a bomb planted on the roadside on Rohri Road near Kulachi Police Station. The injured policemen were identified as Fareed and Zahoor. The vehicle was also damaged in the blast. Other policemen sitting in the vehicle remained safe.

The injured policemen were taken to hospital where there condition was stated to be out of danger. A huge contingent of police immediately reached the spot, cordoned off the area and launched a search operation. Few suspects were also arrested during the operation.

A court in Mardan on Wednesday awarded life imprisonment on two counts to the murderer of a six-year-old girl.

Police said two accused, Tahir and Wsaim had kidnapped little girl Shab Noor on 14 March, 2016 from Lund Khwar area of Mardan. The culprits had dumped the body of the little girl in a gunnysack after killing her. The body of the girl was found by local people in Karkor Baba area.

The parents of the slain girl had registered a case against unknown killer after which the police imitated investigations and arrested the two suspects. Police said the suspects confessed to killing the girl during investigation.

A local court while hearing the case on Wednesday awarded life imprisonment on two counts to Tahir and imposed Rs200,000 fine, while his accomplice Wasim was awarded three-year imprisonment and Rs25,000 fine.

A 25-year-old young man from Bahadur Banda area of Hangu died due to cardiac arrest in the United Arab Emirates.

Local sources said the young man had gone to the UAE for work where he suffered a heart attack and died. The tragedy didn’t end there as when his body was brought to his home in Hangu, his 20-year-old sister also died of cardiac arrest. The tragic turn of events for the poor family left the area people in gloom. The funeral prayers of the deceased brother and sister were held the same day.