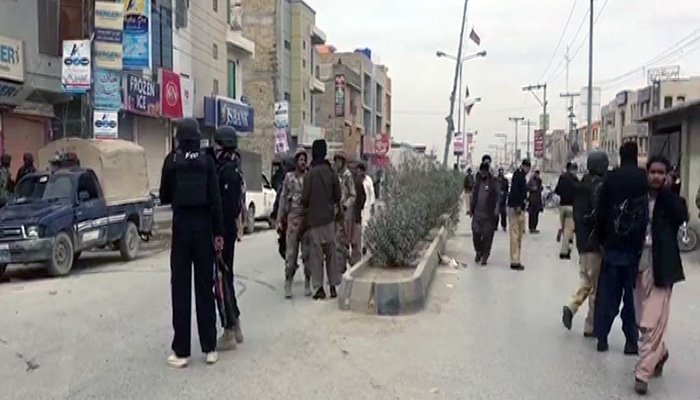 QUETTA: Two policemen were martyred in firing on the vehicle of Deputy Superintendent Police (DSP) Hameedullah Dasti in Quetta on Wednesday.

Police said DSP Hameedullah along with other policemen was travelling to the court for hearing of a case when three armed men opened fire on his vehicle from two sides. The DSP and his driver remained unhurt in the attack as the vehicle was bullet-proof. However, two policemen sitting in the back seat were martyred. The martyred policemen were wearing bullet-proof jackets, but they received bullets in their heads in the attack.

A large contingent of police and paramilitary forces rushed to the site of the attack and launched a search operation. The bodies were shifted to a hospital for medico-legal formalities.