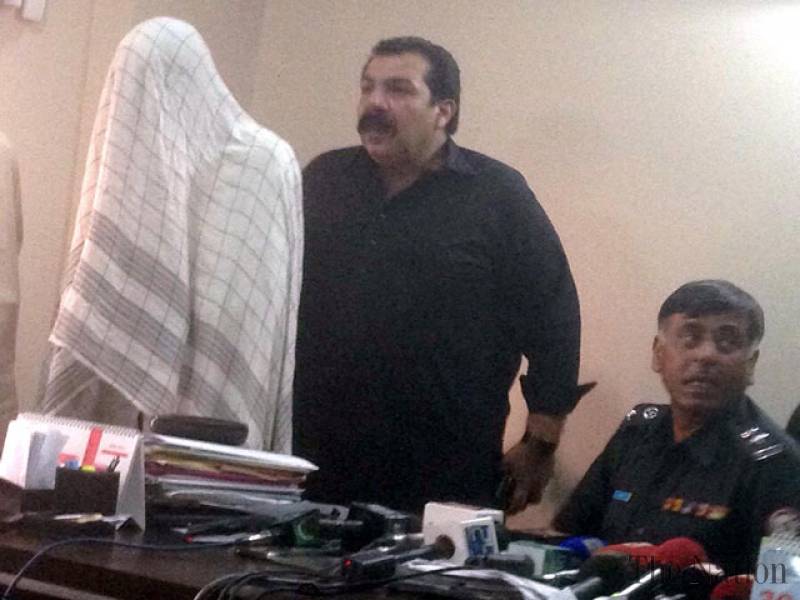 SSP Malir Rao Anwaar told a press conference in Karachi yesterday that the arrested suspects, Tariq alias Lamba and Junaid, belong to the MQM. The SSP said the MQM is a terrorist party which should be banned by the government. Mr Anwaar said the arrested suspects used to get all instructions from the MQM chief Altaf Hussain, Nadeem Nusrat and Muhammad Anwar.

Police also presented the arrested suspects before the media during the press conference. The suspects confessed that they got training in India.

Soon after the press conference, the Sindh government transferred Mr Anwaar from the post of SSP Malir for ‘misuse’ of his powers.

Meanwhile, the Pakistan Army has said the statement of the MQM chief about the Army is intolerable. The military said legal proceedings will be carried out over provoking the people against the state institutions.

Mr Altaf had criticised the Army during his speech to party workers yesterday.