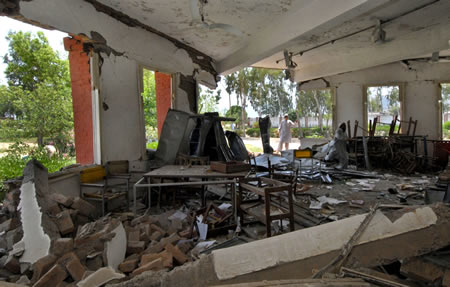 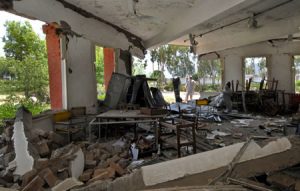 GHALLANAI/CHARSADDA, August 2: Two primary schools have been blown up in Mohmand Agency and Charsadda district.

Officials of the Mohmand Agency administration say an explosive device, planted in Malik Riaz Ali Primary School in Dhand area of Yakaghund tehsil, went off demolishing one room of the school and also affected the other portions of the building.

In separate incident, the police say a primary school in Kodanai Kalay of Shabqadar area, Charsadda district, has also been blown up.

About 26 schools have been blown up in Mohmand Agency and 31 schools bombed in Charsadda in recent years.