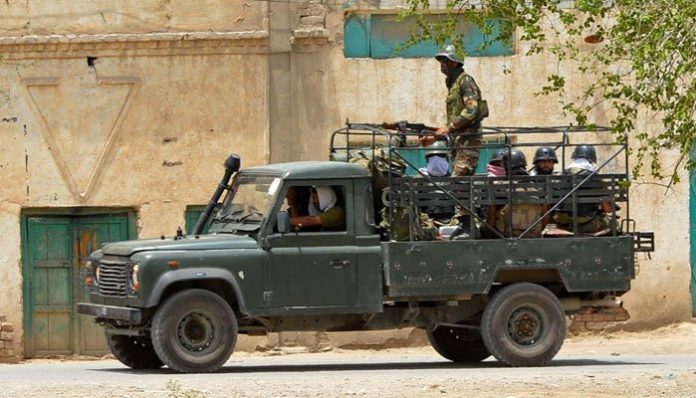 Tribal elders of Mehsud and Barki tribes, as well as senior security officials,  participated in the Namaz-e-Janaza of the fallen soldiers. The tribal elders strongly condemned the attack on security forces and offered condolence with the officers of Pakistan army FF Regiment.

On Saturday morning, it was reported that four terrorists were killed in an intelligence-based operation by security forces against militants in Dera Ismail Khan on Saturday. Sources said the security forces conducted operations in Bacha Abad and surrounding forests of tehsil Kulachi after information about the presence of militants was received. Four terrorists were killed during the operation in the area.

Kalashnikovs, police wireless sets, hand grenades, explosives used in the preparation of suicide jackets and cartridges were also recovered during the operation. Sources said the security forces were conducting more operations over the information of the presence of more terrorists in the forests of the area.

The district administration of North Waziristan has imposed a complete ban on the entry of non-locals to the district on Saturday with the aim to maintain a peaceful situation in the tribal district.

The administration officials issued a notification saying the order has been issued on the request of the district police officer. It was stated that the entry of non-locals can create a security situation for the tribal district, therefore, the administration has decided to impose a ban on their entry to the district.

The statement said that the order will not be effective on non-local government officials and labours. The administration has announced that strict action will be taken against all those who violate the order.