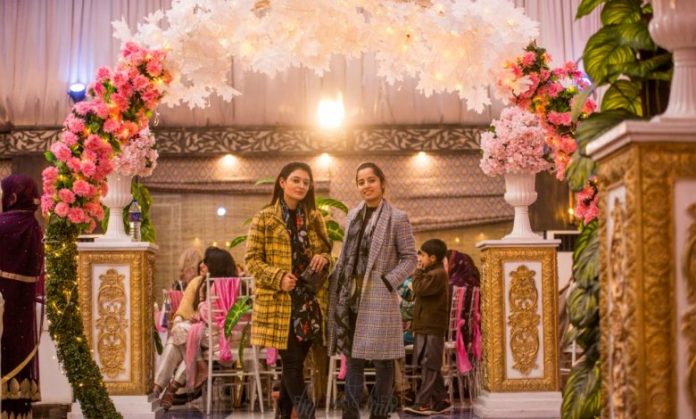 PESHAWAR: Two sisters from Peshawar are gaining fame in the field of short films and one of them, Sundas Shah, has also opened a films and photography production house.

Both sisters have proven that women can also excel in the field of photography and they never lag behind in development of the country. Their efforts are receiving appreciation in the society.

Sundas Shah and Kiran Shah are associated with the field of photography for the last four years. They have also set an example by opening the first production house for women in Peshawar.

Due to efforts of these two sisters, women in KP have now started taking interest in photography and short films. The women members join the field after proper training.

Sundas Shah and Kiran Shah are expert in baby shoot, wedding shoot, portfolio, short films, feature films, editing and other tasks related to production. They admit that working in the field was a big challenge for them initially, but they got recognition and respect with passage of time.

Kiran is performing the responsibility of public relations and marketing in photography and films, while Sundas is creative manager and lead photographer. She handles all the responsibilities of the production business. She has also worked for a project of Khaleej Times magazine and several other projects.

The two talented sisters say there was a demand-supply gap in the market due to lack of female photographers. They say they are now working with creativity and give consideration to all cultural aspects, particularly the privacy of girls, while carrying out production or photo shoots. They have formed a team after hectic efforts and hard work and now their outfit is a brand.

Now the two sisters are working on new features like concept shoot and social issues to bring positive change in society.

Sundas has the experience of wedding shoots in Lahore, Multan, Dubai, Oman and for Khaleej Times. They have a message for women that they should come forward when they notice any new trend. They say their goal is to bring women forward in the field of photography and production and polish their talent.