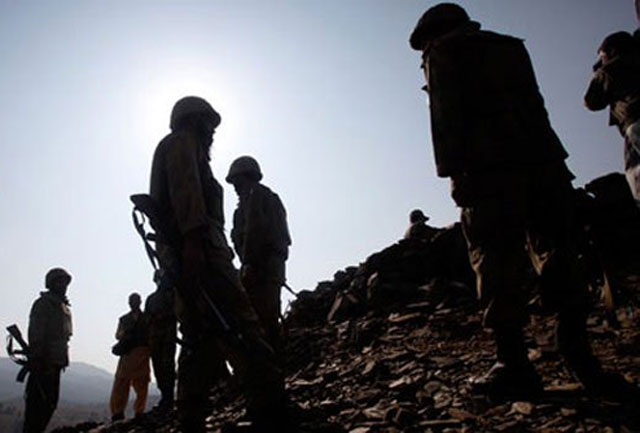 WANA, 29 May: Two soldiers have been injured in firing of the militants on a security check post in South Waziristan Agency.

Meanwhile, four people, including two women and a child, were injured in a hand grenade attack in Nowshera last night.

Police said unidentified militants on a motorcycle hurled a hand grenade on people shopping in Akora Khattak bazaar and fled the scene.