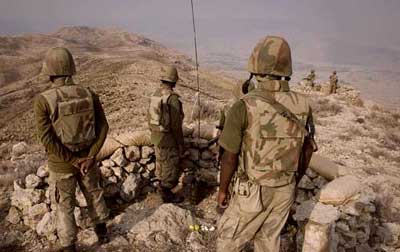 SADDA, 25 June: Two security officials have been killed and two others sustained injuries in an attack by the militants on their check post in Kurram Agency.

According to security sources, the militants opened fire on a security check post in Warmegai area of Kurram Agency in the afternoon, leaving two soldiers dead and two others injured. The militants escaped from the scene after retaliatory firing by the soldiers.

The security forces launched a search operation in the area after the incident.