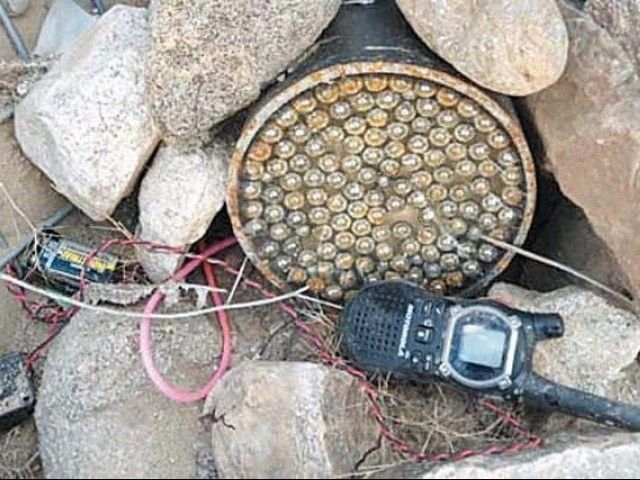 MIRAN SHAH: Two security personnel were martyred on Wednesday while three others injured in an improvised explosive device (IED) explosion near Datakhel area of North Waziristan.

The deceased were identified as Lance Naik Momin Ali and Sepoy Saleem. The injured have been shifted to Combined Medical Hospital (CMH) Peshawar. There are concerns prevailing over the reappearance of militants in North Waziristan.

Later, three people were killed in a gun and knife attack which led the locals to call a sit-in until their demands to curb lawlessness and targeted killings were met.