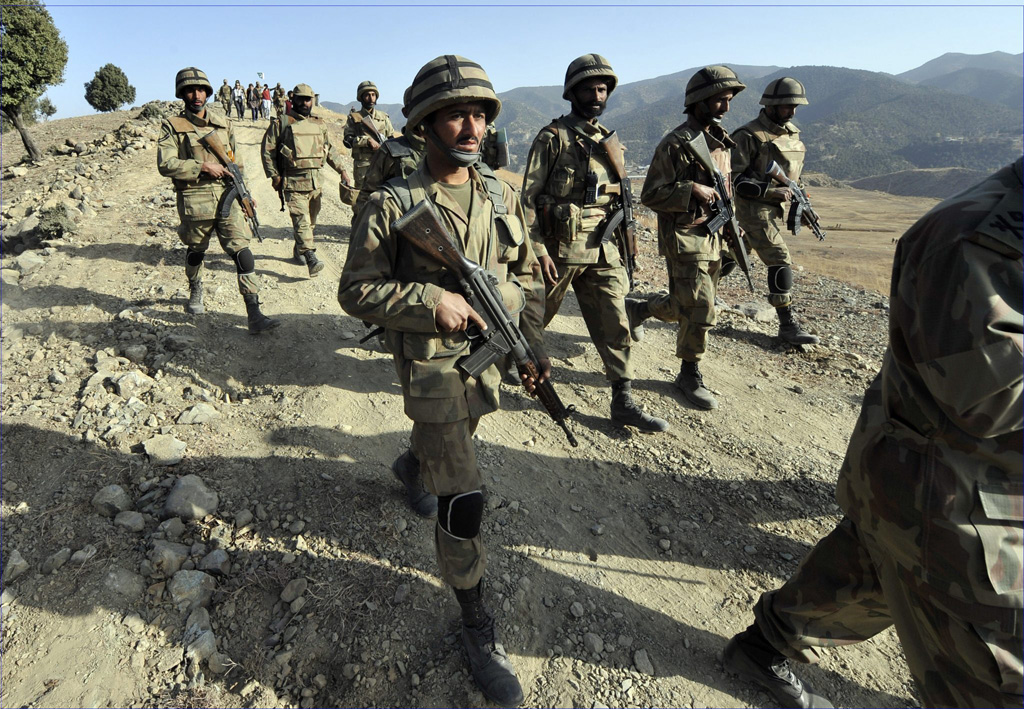 Security sources said the soldiers were on routine patrol in Kam Sarobi area in Mir Ali tehsil on Razmak Road when their vehicle came under attack. The martyred soldiers were identified as Hawaldar Azizur Rahman and Sepoy Mohammad Ajmal. The vehicle carrying the soldiers was also damaged in the explosion.

The security forces cordoned off the entire area and launched a search operation. However, there were no reports about any arrest.

The people of the area have expressed concern over the security situation ahead of the upcoming general elections scheduled to be held on 25 July.