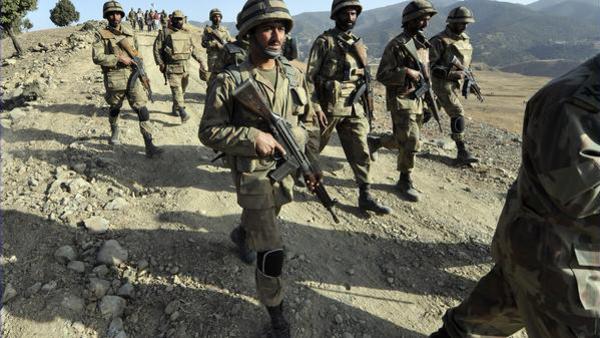 The forces said that the incident happened in Ghatti village where a team of law enforcers were on routine patrol when they were ambushed.

As a result, Sobedar Nazir Ahmad and soldier Rahmanullah embraced martyrdom while Ubaidullah was injured seriously.

A heavy contingent of forces rushed to the site and launched a search operation however no arrest could be made.