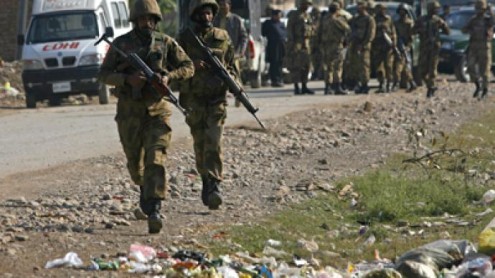 Official sources said militants opened fire on the soldiers when they were fetching water from a stream near their check post. The deceased soldiers were identified as Lance Naik Mumtazullah and Sepoy Sajid Hussain.

The security forces launched a search operation in the area after the incident, but there were no reports about any arrest.

The Tehreek-e-Taliban Pakistan (TTP) claimed responsibility for the attack. A spokesman for the Pakistani Taliban made the claim through email message to some media channels.

On 11 October, three soldiers were martyred and five others were wounded in a roadside bomb blast in Makeen area of South Waziristan.