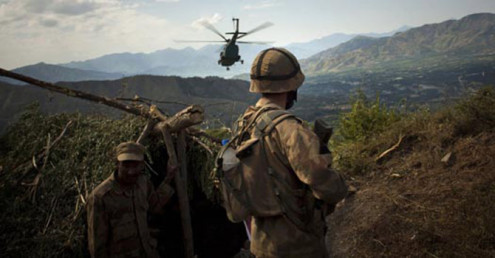 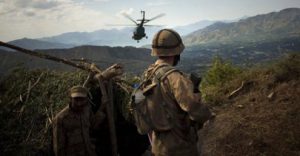 According to the Inter-Services Public Relations (ISPR), the armed forces attacked the hideouts of Uzbek militants in Dattakhel Bazaar, killing several militants. Two security personnel were also killed in the clash.

Mir Ali, Miranshah, Dattakhel, Daigan and Boya Ziarat areas have been cleared of militants so far. Huge amount of suicide vests, explosives and rockets were also recovered from Shahbazkhel area in Mir Ali.

The Zarb-e-Azb operation was launched from 12 August and about 500 militants and 30 security personnel have been killed so far. about 53,186 families have been displaced from North Waziristan.