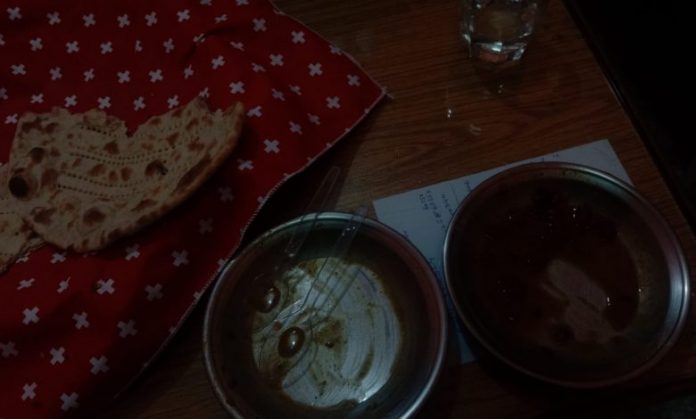 PESHAWAR: Gul Dad Khan from North Waziristan is very tense nowadays as his mother is admitted to Lady Reading Hospital (LRH) Peshawar and he is running out of money. However, he is satisfied at least to get free of cost two-time meal.

“We are poor people from Waziristan. I bought meal from canteen for two days, but then I ran out of money. Then someone told me about free meal at Bahria Dastarkhwan and now I am getting free lunch and dinner from there which is a huge relief,” Gul Dad told TNN.

The worker told TNN that food used to be served at a dining hall before the outbreak of coronavirus pandemic and there was separate arrangement for women, but now it is served in disposable boxes. He said the lunch is served at 12:30pm, while dinner service starts at 5:45pm.

Rashida from Mardan is also in LRH with her daughter who is admitted to gynaecology department. She is happy to get free of cost lunch and dinner. However, she said, breakfast would have been even better. She said such facilities must open in different parts of the city to provide free food to the poor. She said poor people cannot afford to buy medicines at hospital, then how would they afford food. She said this service of free food is a great humanitarian cause.

The worker at Dastarkhwan at LRH said that the this initiative was started with providing free food to just four people, and now 100 Dastarkhwans are operational in the entire country, and it is expected that its scope would be widened further in future. He said the LRH building space has been provided free to the Dastarkhwan organisers to provide food to people.