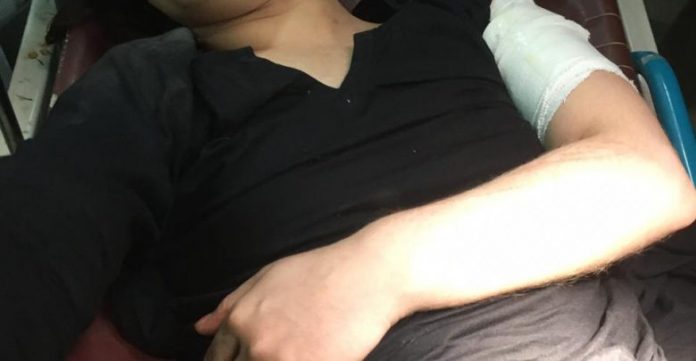 KOHAT: Two transgender persons were injured when unidentified assailants opened fire on them on Hangu Road in Khyber-Pakhtunkhwa’s Kohat district on Monday night.

The injured persons were shifted to Kohat Development Authority (KDA) Hospital from the crime spot. The police sources said that unknown motorcyclists opened fire on them leaving the two transgenders critically injured and escaped from the crime spot. Police have cordoned off the area and started searching for the accused.

It should be noted that there is already a shortage of staff due to a doctor’s strike against the government new health policy. There was only one doctor on duty in the KDA hospital emergency when the transgender persons were brought to the hospital. The hospital administration said that best efforts will be made to provide immediate medical assistance to both the injured persons.

MOHMAND: A walk was organized by all Teacher’s Association in the tribal district of Mohmand and later in front of Mohmand Press Club demonstrated demanding the government, not to the appointment of management officers on teaching posts and recruit new teachers through Educational Testing and Evaluation Agency without any delay.

According to correspondent TNN, president of All Teacher’s Association, Marjan Ali, present his demands and said that Director Education for Tribal Districts should be restored. The protesters chanted slogans against the government, saying that the teachers of the tribal districts should be given immediate justice or else their protests would continue.