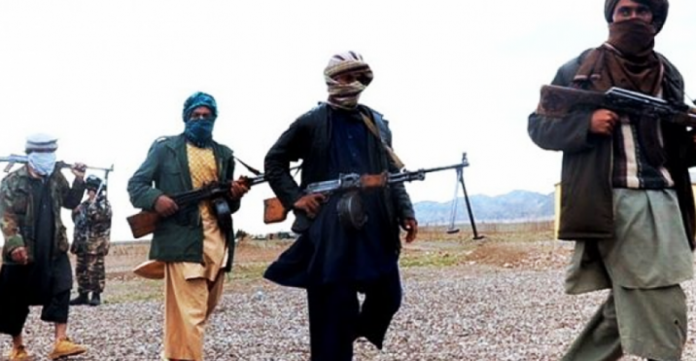 PESHAWAR: Two main leaders of the banned Tehreek-e-Taliban Pakistan (TTP) have been killed in Kabul, media reports said on Friday.

Reports said the two Pakistani Taliban leaders were in Kabul to hold meeting with high-level officials when they were murdered. The bodies of the slain TTP leaders were found near Inter-Continental Hotel.

The reports quoting sources said the two Taliban leaders were killed in a relatively safer area of Kabul. One of them was Sheikh Khalid Haqqani, who was an important leader of the TPP and was once its deputy chief. The other slain TTP leader was identified as Qari Saif Younas who was also an important militant commander.

The TTP in a statement has confirmed the murder of two to its leaders. However, the statement was brief and did not provide details about circumstances in which the militant leaders were killed.

Reports said both the Taliban leaders were in Kabul for an important ‘secret meeting’. They had travelled to Kabul from eastern province Paktika. However, it was not clear that who they were supposed to meet in the Afghan capital. The TTP leaders were killed in the vicinity of the hotel which came under two major attacks from militants recently.

The Taliban leaders were killed five days ago, but their deaths were confirmed on Friday. The TTP reportedly said the leadership had initially ordered to conceal this news from the media. However, later they changed their mind and confirmed the death of two militant commanders.

Some media reports also suggested that the two militant commanders were killed in a clash with Afghan security forces.

A report, quoting Mohammad Khurasani, the outlawed militant group spokesman, reported that the two militant commanders were their way for carrying out an attack when Afghan forces stopped their way and killed them.

Sheikh Khalid Haqqani, hailing from Swabi district of KP, was a notorious militant commander and was involved in several terror attacks in Pakistan. He was also allegedly in direct contact with the attackers of the Army Public School (APS) Peshawar in December 2014 in which nearly 150 people, mostly students, were martyred. It was the most heinous and brutal attack in the country’s history.