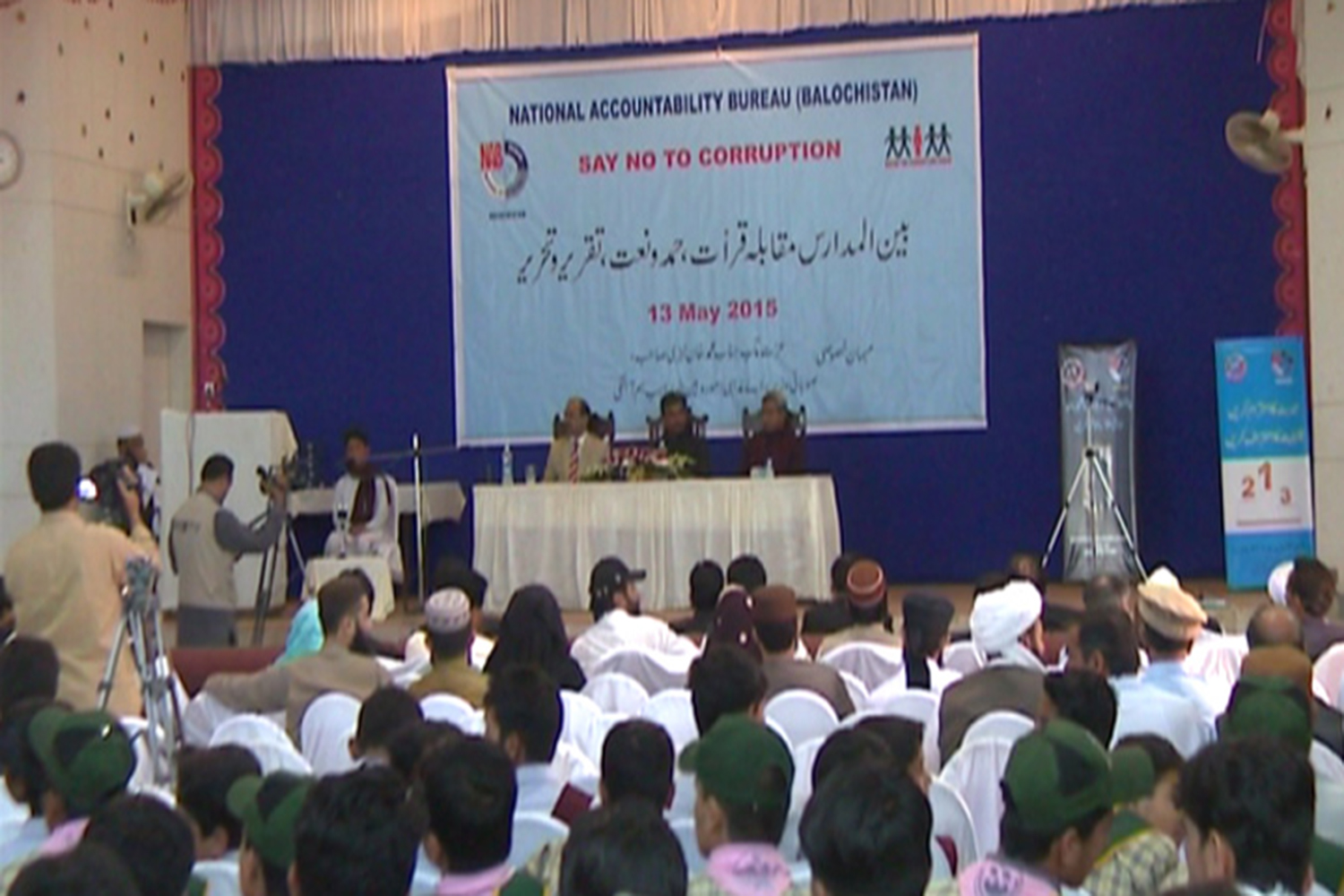 QUETTA, 13 May: Qirat, hamd, naat and declamation contests among the students of various seminaries of Balochistan held here today.

Organized by the National Accountability Bureau (Balochistan), the programme was held at the building of Boys Scouts which was participated by local clerics and students of madrassas and schools.

Talking on the occasion, the provincial director general of NAB, Maj (Retd) Tariq Mahmood Malik, said that the objective of such programmes is to create awareness among ulema and students to play their due role in fighting corruption.

“NAB tries to curb corruption through ulema. It is not the sole responsibility of NAB to contain corrupt practices, rather every citizen should play his role in this war against corruption,” he said.

Advisor to Balochistan Chief Minister on Zakat and Hajj Muhammad Khan Lehri, who was chief guest on the occasion, said involving ulema to put a leash on corruption would yield positive results.