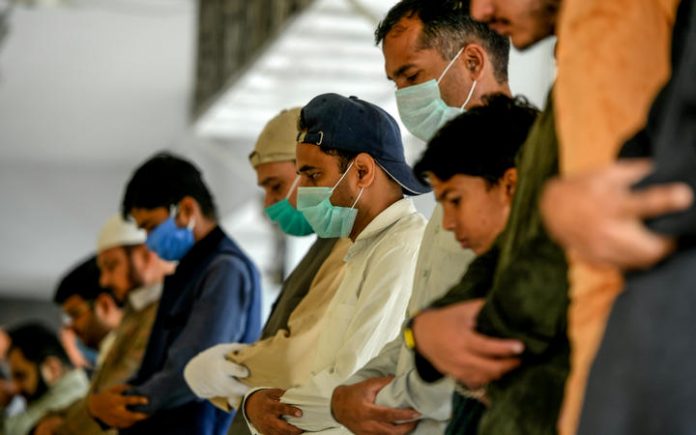 PESHAWAR: Khyber Pakhtunkhwa Chief Secretary Dr Kazim Niaz has urged observance of standard operating procedures (SOPs) in mosques and other places of religious tourism to stem the spread of coronavirus.

The chief secretary chaired a meeting in Peshawar on Friday which was also attended by eminent religious scholars. On the occasion, the Ulema were given briefing about the second wave of coronavirus in Pakistan, particularly in KP.

It was told in the briefing that the second wave of corona may be more dangerous than the first wave. It was said that the role of Ulema in creating awareness about coronavirus is pivotal. The Ulema were urged on the occasion to step up efforts for creating awareness.

Dr Kazim Niaz urged the Ulema to fully cooperate with the government to stem the second wave of corona in the same manner in which they provided support during the first wave.

The second wave of corona has already made a lot of damage and 54 people have died of the disease during the last 24 hours. Owing to increasing corona cases, the government has closed all the educational institutions in the country from November 26, while the activities of wedding halls and businesses have also been restricted.

For the last three consecutive days, Pakistan has reported over 3,000 corona cases in a single day. During the last 24 hours, Pakistan reported 3,113 cases, official data shows.

Pakistan has also reported 1,489 recoveries during the last 24 hours. The total number of recoveries now stand at 335,881, while the recovery rate is 86.3 percent.