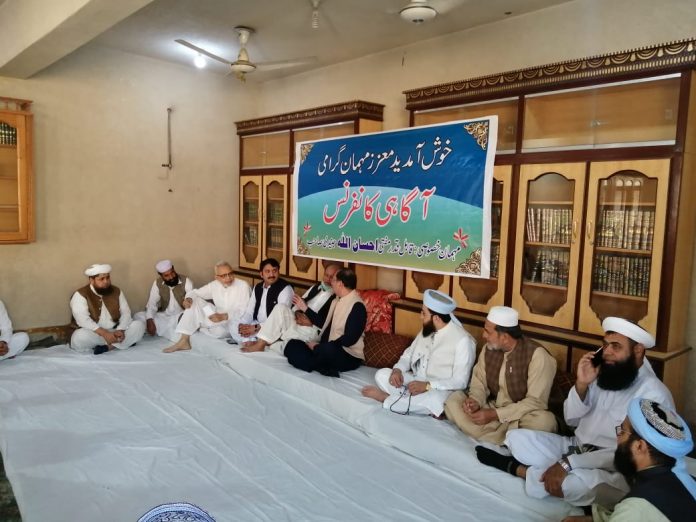 PESHAWAR: Pakistan Polio Plus Committee has urged Ulema (religious scholars) to play a due role in eliminating polio from Khyber Pakhtunkhwa and rest of Pakistan and save children from becoming crippled for life.

The committee organised a workshop titled ‘Agahi Conference’ held here at Jamia Junaidia at Karkhano Market. The workshop commenced with recitation from the Holy Quran.

As many as 35 Ulema from different parts of the province including far flung areas of Dir, Chitral, and Khyber attended the conference.

Speaking on the occasion, Focal Person to KP Chief Minister on Polio Khursheed Khan shed light on importance of polio vaccines, role and efforts of Ulema in curbing spread of the virus.

“I have seen parents ready to give everything they have in exchange for treating their children crippled by poliovirus,” he said.

Khursheed Khan added that the vaccine has no side effect and the mistaken belief about polio vaccine have made their children vulnerable to it,” he said.

The focal person said that no one could deny Ulema’s role in our society, appealing them to come forward and shun propaganda against polio vaccine. He also asked the participants to take care of their surroundings, keep it clean as cleanliness was a religious obligation.

Project Manager PNPPC Asher Ali, while speaking on the occasion, said, “I believe that there is no deed greater than saving children of nation from becoming crippled for life.”

He said that Ulema’s efforts were crucial in this regard who could convince people not to fall prey to the negative propaganda.

“It is our collective responsibility to work together and eradicate poliovirus once and for all,” he said. CDG Rauf Rohaila and Rotairan Jamaluddin Jamali also spoke on the occasion.

Ulema at the workshop promised to play their role and help the committee in elimination of poliovirus.