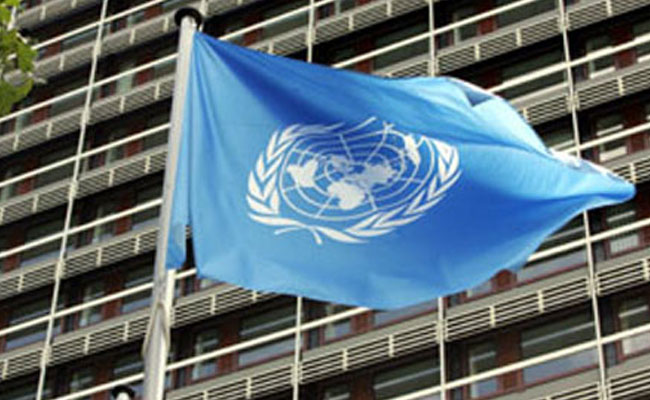 The climate security component is something that is increasingly becoming important among the member states of the United Nations. It is a topic that has gained a lot of attention in recent years at the institutional level like EU and UN Security Council.

To take up the discussion around climate change and security from theory to formulating concrete action in 2019, the fourth Planetary Security Conference with hashtag #Doable was held in The Hague on February 19 and 20, 2019.

Over 450 participants, including diplomats, scientists, development professionals, media experts, private sector players and political leaders, came together from 57 countries to discuss the nexus of climate change and security and way forward in context of the most pressing in the spotlight regions of the conference: Iraq, Lake Chad, Mali and the Caribbean.

On the sidelines of the conference, Managing Editor of Tribal News Network Said Nazir interviewed Thomas Ritzer, Political Affairs Officer, UN Department of Political and Peace-building Affairs, about the role of the international body in dealing with the challenge of climate security. Here are the excerpts of the interview.

TNN: Do the UN agencies have the capacity to assess and analyze security risks related to climate change?

“We need a cross sectional approach, and one thing we have done for instance as of late November 2018, we started a joint commission between the department of political and peace building affairs, UNDP and UN Environment program to start the joint initiative to really address the issue of climate security”.

There are three priorities in this joint program; firstly , to create capacity to really improve our ability to analyze the impact of climate change and peace and security that means better risk assessment, better analysis and joint action. Secondly, building on top of these risk assessments, the initiative is aimed at establishing a common evidence based for what works in terms of risk prevention and risk management strategy.

“It means once we have done ‘A’ of understanding the risk, we need to do ‘B’ responding accordingly”.

Thirdly, another priority area would be advocacy and partnership both in the UN system but also beyond UN system that could be member states and it could be local communities.

TNN:  Well the advocacy campaign you talked about would be confined to just talking to institutions in closed rooms in conferences and seminars, or it would involve media to create awareness among the local communities about security threats related to climate change?

Thomas: It is really building awareness around the issue to highlight how it connects and it how this complex interaction works. It is very something to talk to communities on the ground. It is not something that should be hidden in the conference rooms of New York or Geneva or Vienna.

“It should be something that we talk about with the people in the areas to feel it is reality of everyday”.

TNN: How do the member states perceive the link between climate change and security? Are they on the same page when it comes to defining the nexus of climate and security?

Thomas: It is a question of how one defines security. It could be the more narrow conventional understanding of the security which really pertains only to the matters lead to armed conflicts. Some of the member states in UN think that their work should be limited to that kind of security aspect. And then there are other members states that believe in conflict is a very complex human action and it has multiple avenues.

There are multiple reasons and those reasons change over time as they are very dynamic. The approach the UN is taking with the joint initiative is the latter. It is following a broad inclusive approach to conflict prevention and conflict resolution which means understanding all kinds of political, economic environmental factors that really drive together conflict. An open debate around the topic of climate security held on Jan 25 in the Security Council wherein majority of states spoke of for the recognition of these issues.

TNN: What is the strategy of UN to address the conflict emanating from climate change?

Thomas: The secretary general of the UN since coming into office has made it clear that prevention is really the name of the game, so the focus of UN is prevention. But prevention also includes things like adaption and mitigation. It is really complex matter and the UN wants to look at it broadly.

The author was among 15 journalists selected by Free Press Unlimited and Stanley Foundation under media fellowship program – from countries where the effects of climate change are already being felt. The fellows attended and reported on the Fourth Planetary Security Conference in the Hague.