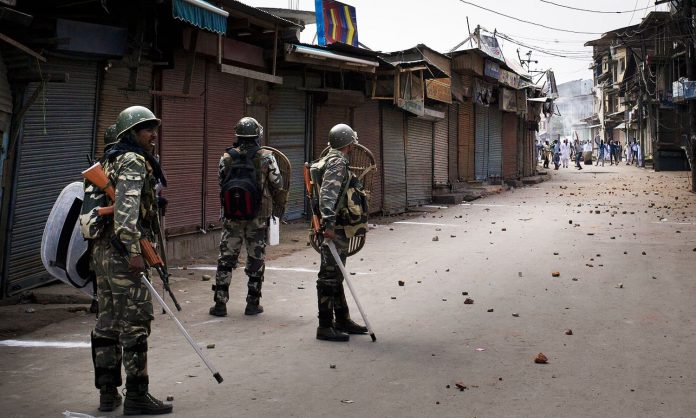 The Internet and media communication in occupied Kashmir is suspended, peaceful demonstrations are banned and political leaders have been shut down. UN High Commissioner for Human Rights calls on India to ease curfew in occupied Kashmir, Provide access to basic facilities to Kashmiris and include Kashmiris in every decision regarding the future of Kashmir.

Michelle Bachelet also expressed concern over the cancellation of the citizenship of over 1 million people, including Muslims, in the Indian state of Assam and said that the cancellation of the citizenship of 1 million people in Assam gave rise to uncertainty and anxiety among the population.“India should ensure the enforcement of legal rules during appeals against citizenship revocation and do not deport or imprison the affected persons,” Michelle asked the Indian government.

Talking to media on his arrival in Geneva, Foreign Minister Shah Mehmood Qureshi said that the Human Rights Council meeting had begun. “I have been told that the Human Rights Commissioner has made a statement which is very encouraging,” said Qureshi. He added the demand for the provision of basic human rights in occupied Kashmir is very encouraging.

Over the next two days, Qureshi said, will have the opportunity to highlight the views of Pakistan on Kashmir with the Human Rights Council, international human rights organizations and NGOs.

He said that for the last so many years, we have asked the world to take notice of the human rights violation in Indian held Kashmir and today, finally, the world has realised. He said that the world is seeing today the brutality of Indian forces in occupied Jammu and Kashmir.