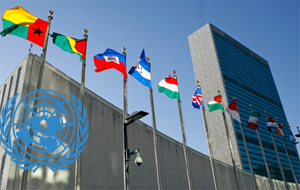 The UN chief urged all parties concerned to exploit this opportunity and carry forward an Afghan-led and Afghan-owned peace process.

He maintained that there was no military solution to this conflict and stressed on a political settlement to bring an end to the sufferings of people in Afghanistan.

Antonio Guterres reiterated the UN’s commitment to supporting the people and Government of Afghanistan in this important endeavor.

Afghan Taliban have announced a three-day ceasefire on Eidul Fitr that was welcomed by the Afghan government and announced a ceasefire too. Taliban have, for the first time since US invasion of Afghanistan, made such kind of announcement.