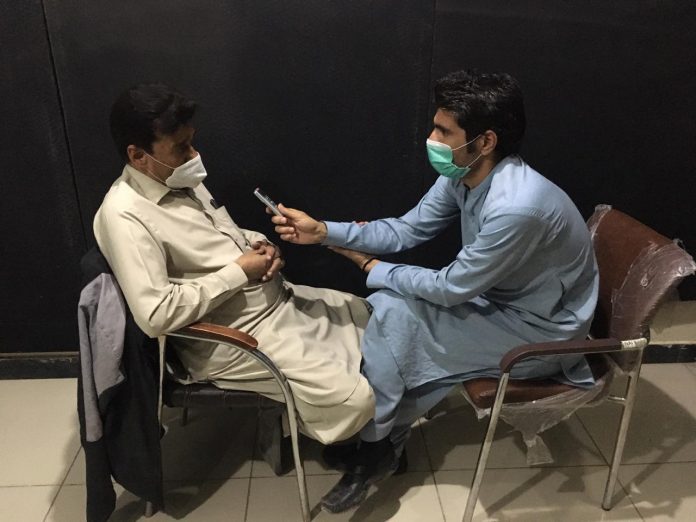 PESHAWAR: When the coronavirus pandemic was claiming lives across the world, the internet particularly social media was abuzz with disinformation in Pakistan making it more difficult for the government and the health community to control its further spread.

The influx of fake and unauthenticated contents on social media not only affected the government’s efforts, it also confused the commoners to the extent that many started casting doubts about the veracity of the disease.

While on one hand, the majority of the folks did not believe the novel coronavirus would be so much lethal, others were sharing videos about home-made remedies and potions with unsubstantiated claims of mitigating the effects of the coronavirus.

Certain misconceptions and disinformation were also propagated through social media which terrified the general public and they started losing trust in the hospitals fearing they might be put in the COVID-19 positive lists. Another common disbelieve among the public was that doctors had been deliberately killing corona patients through poisonous injections. Some weird rumors were also swirling around that the government was being paid by the Western countries for each patient dying of the coronavirus.

Alamzeb Khan, a resident of Peshawar, tells TNN that his son was having fits but he did not take him to the hospital because he feared the doctors might kill him through a poisonous injection. He preferred to treat his 16-year old son through home-made remedies.

When the home-made remedies couldn’t work, Alamzeb called the Tele Medicine service started by the Lady Reading Hospital during the peak days of the coronavirus pandemic and sought medical advice, though, that too, didn’t work.

Shafiq Gigyani, an analyst of social media, agrees that a lot of unauthenticated and fake content has been uploaded on the internet during the past few months. “There is no mechanism to check the veracity and authenticity of contents uploaded on social media. Everybody is sharing content according to his/her choice. Before posting anything on social media, one should confirm whether it is true or not. The users should also realize what will be the impact of the content on the general public,” he says.

He urges that people should report if they see any fake news on social media. The government of Pakistan has already enacted the Prevention of Electronic Crimes Act (PECA) which says that whoever intentionally and publicly displays false information shall be punished with imprisonment up to three years or with a fine up to one million rupees or both. He also requests the government authorities to follow the law in letter and spirit. Gigyani stresses that it is the responsibility of the mainstream media to counter the propaganda spread on social media and educate the public in the right direction.

The mainstream media did play a decent role. Many major media outlets assigned special reporters for fact-checking and unearthing the reality. Zahid Merokhail, who works for the Urdu daily Mashriq tells TNN that so much junk content and falsehoods have been disseminated through the media that even the educated class of the society has started believing in it. “Even the misconceptions and rumors are still swirling around,” he continues.

“Some of the government’s measures also added fuel to the fire,” he remarks. The videos of the funerals of those who died of coronavirus disease also scared the people, he adds.

“Misconceptions were created in people’s minds when they came to know that the government was not allowing the relatives to participate in the last rituals of the person who died of corona such as the ghusal (the last bath Muslims give to the deceased before the burial), the funeral prayer and the burial. Besides, no one was allowed to see the face of the deceased as the bodies were already confined in the hospital. Even the burial was carried out by designated people and the family members were not allowed to participate,” Merokhail recalls.

“Though the World Health Organization (WHO) later clarified that the virus could not transmit from dead persons but that was too late. The conspiracy theories had worked then,” he adds.

“For instance, whenever a corona patient died in a hospital, the government did not allow the relatives to take the dead body to home and instead, shifted the same to the graveyard under the strict supervision of the district administration.

A spokesman of the Lady Reading Hospital Muhammad Asim confirms that very fewer people visited the hospital’s emergency department when the coronavirus pandemic was at the peak in Pakistan. “The outpatient department of the hospital was already closed and only the emergency department was functional, however, the number of patients visited the hospital was very low,” he informs. He also agrees that it is the responsibility of the government and medical community to create awareness among the public about the pandemic and counter the fake information and rumors.