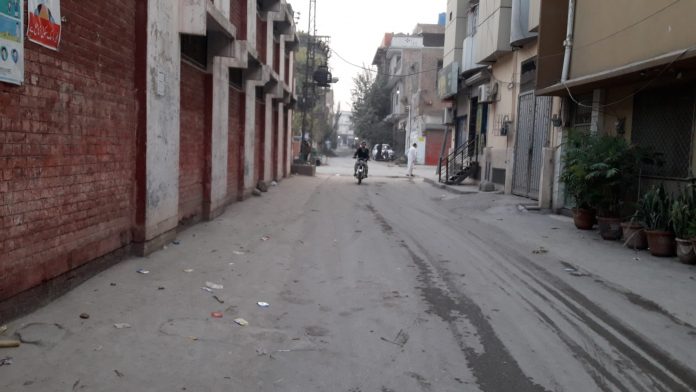 PESHAWAR: As the positivity rate of COVID-19 cases surges in the province, the government announces smart lockdown in certain areas to curb the spread of the virus. However, the government’s move does not seem as effective as the previous lockdown. The areas where the smart lockdown is imposed are not completely sealed as people are freely walking in the streets. Also, most of the shops are open and the police personnel deployed there are seemingly not keeping any check on the violators. It has been observed that neither the government nor the public is taking it seriously.

The district administration of the provincial metropolis Peshawar imposed a smart lockdown in different localities after Khyber Pakhtunkhwa reported a rise in deaths due to coronavirus. Peshawar remains the hotbed COVID-19 cases which prompted the government to impose lockdown in certain areas including Gulbahar where cases are being reported. However, local people term it mere eyewash as they do not see any strict actions from the administration.

“I came to know through the media that smart lockdown has been imposed in the locality but I didn’t see any official of the administration or the health department visiting the area and sealing the street. Life is going on as per routine,” Shahid, a resident of the locality says while sharing his observations with TNN.

He continues that the administration even did not close the government school situated in the same street and children are regularly attending classes. Shahid suggests that the government should launch a door-to-door campaign to create awareness among the masses about the preventive SOPs as it has been doing in the anti-polio drive.

Meanwhile, an official of the district administration Ashfaq Khan laments that despite a sharp rise in COVID-19 positive cases, people have not been adopting the SOPs.

“We have taken certain steps for public safety and imposed smart lockdown in different areas of the provincial metropolis but people are not cooperating with the administration and taking the pandemic lightly. If the public does not cooperate, the administration will force the implementation of the SOPs,” Ashfaq Khan, the additional deputy commissioner warns.

“We have been checking approximately 400 units on a daily basis which include shopping centers, bazaars, petrol pumps, restaurants, and educational institutions. We impose heavy fines wherever we notice violation of the SOPs,” he continues.

He further informs that according to the government notification, all types of businesses excluding medical stores and shops of essential commodities will be closed after 10 pm.

The situation is however different in Hayatabad where a smart lockdown is also imposed. Exit and entry to the sealed localities are banned. Besides, all shops, other than pharmacies, tandoors, general stores, and businesses dealing in essential commodities are also closed in the area.

A resident of the area Noor Rahman, who deals in the real estate business, says the government should avoid imposing lockdown as it badly affects businesses and trade which ultimately increases people’s sufferings.

“In developed countries, when the government imposes a lockdown in a certain area, it provides essential commodities to the public on a priority basis whereas, in Pakistan, nobody cares about the public,” he says.

He adds that the government itself is violating SOPs and is not taking any action against public gatherings. “Even the ruling party, Pakistan Tehreek-e-Insaf has been holding corner meetings and organizing political gatherings. How it can urge the public to follow the SOPs,” he questions. Noor Rahman also points finger at the BRT service where a large number of people travel together.

The sudden rise in COVID-19 positive cases has not only increased the workload on hospitals, but it also panicked the public as they fear the government may close the outpatient departments in public sector hospitals while will ultimately multiply their woes.

Zainab Bibi, whose transfusion-dependent thalassemia patient son died due to the closure of hospitals in the first lockdown, appeals to the government not to close hospitals at any cost.

“My son was a thalassemia patient and he was in urgent need of blood transfusion but it could not be made possible due to closure of all public and private hospitals in the city and resultantly he died,” she recalls.

The outpatient departments in all the public sector hospitals remained closed for about six months. Besides, the private clinics of doctors in the city were also closed for about three months. The closure of healthcare facilities in the province created unimaginable problems for the commoners as they could not get timely treatment of their ailments. The government, though has clarified that the OPDs will not be shut down however, many people are still skeptical about the future.

Nizar Ali, who hails from district Swabi, also appeals to the government not to close the OPD service. Ali fears the closure of hospitals and OPDs will affect his son’s treatment who was operated for an atrial septal defect (ASD).

“About ten days before the first lockdown, my son was diagnosed with an atrial septal defect, commonly known as a hole in one of the heart chambers. The doctors suggested surgery but it could not be done as the hospitals and the OPDs were closed. Though my son was later operated on, I fear the closure of hospitals and OPD service will affect his post-surgery treatment,” a worried Ali remarks. 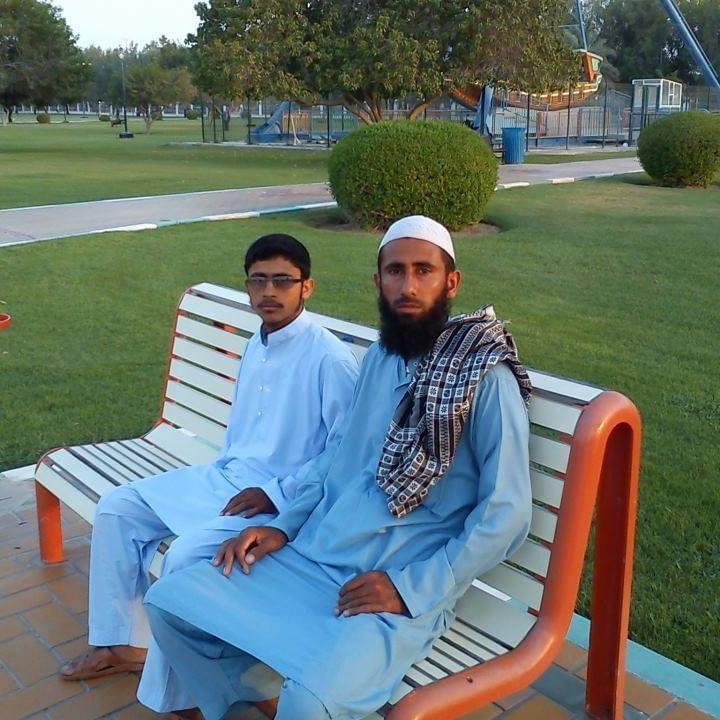 Almost all the major hospitals had shut the designated Covid19 wards after a sharp decline in corona positive cases was witnessed in the province. However, the administration of the Lady Reading Hospital, the largest health facility in Khyber Pakhtunkhwa, re-established the Covid19 complex to accommodate the suspected and positive cases.

According to the spokesman of LRH Asim Khan, the 250-bed Covid19 complex has been fully made functional on the directives of the government and health department to cope up with the second wave of the coronavirus pandemic. He adds that the hospital administration and the medical staff are on high alert and will continue to provide healthcare facilities to the corona-infected patients.

According to Dr. Niaz, the director of the provincial health department, the government has made all preparation for the anticipated second wave of coronavirus pandemic.

“We have as many as 2000 isolation beds for corona patients in the province. Besides, there are 700 beds in the high dependency units (HDUs) in different hospitals having high-pressure oxygen support. Apart from these, we also have specific Intensive Care Units (ICUs) with a capacity of at least 200 beds with ventilators and other required equipment and trained staff,” Dr. Niaz informs.

Despite the government’s claims of making all necessary preparations for the second wave of the coronavirus pandemic, people have been complaining of insufficient arrangements in the hospitals for corona-affected patients.