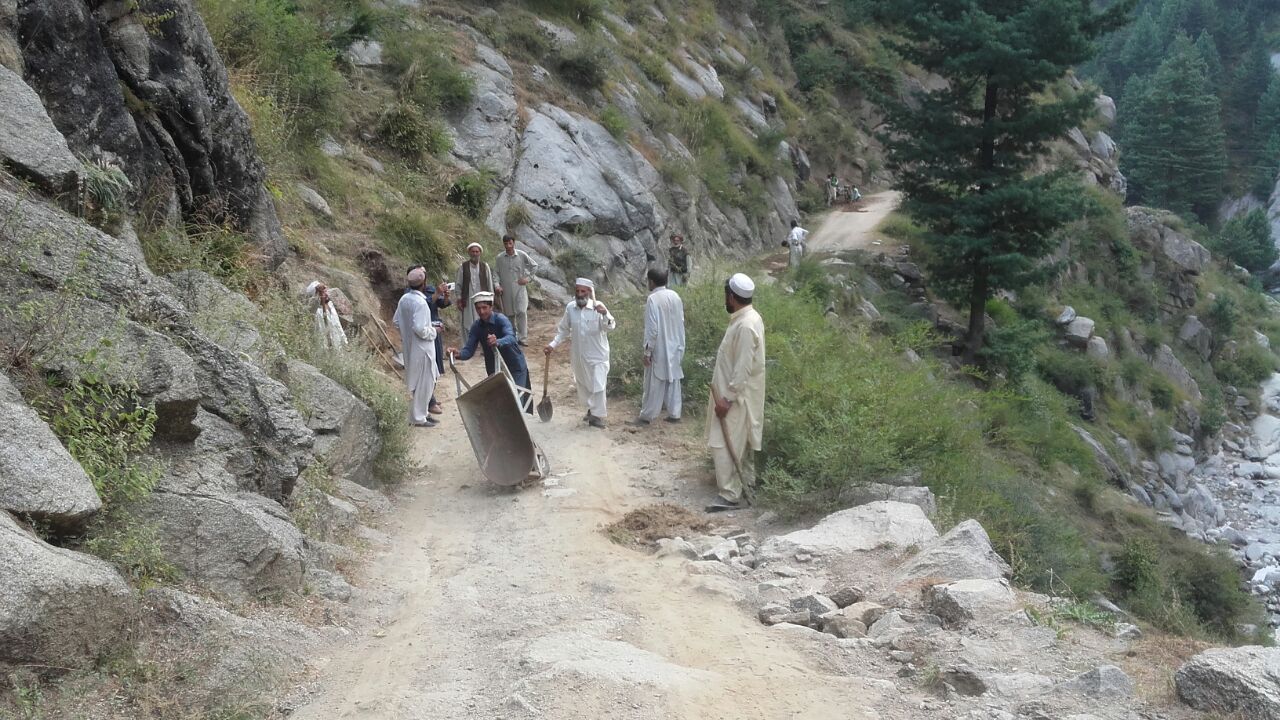 DIR UPPER, 3 October: Resident of Qulandi Jarjori area of district Dir Upper have started construction of 15-kilometer long road. They started the work on their own after the district as well as the provincial government failed to fulfill its promises made with people of the area from time to time.

Talking to Tribal News Network, local residents said that the area was in the constituency of provincial Minister for Local Government Inayatullah who didn’t launched a single development project in the area.

Criticizing the minister and local politicians, they said that politicians would start visiting the area once elections were announced and would make tall claims but when voted to power they never bother to fulfill their promises.

The residents were seen digging and cutting rocks with bare hands and removing debris with spade and other digging tools. They complained rainwater wash away the road at various place that take them days to reconstruct and clear the debris.

The residents said that fund was approved for the road that was allegedly misappropriated and urged the government to construct the road so that they could travel easily to other parts of the country.