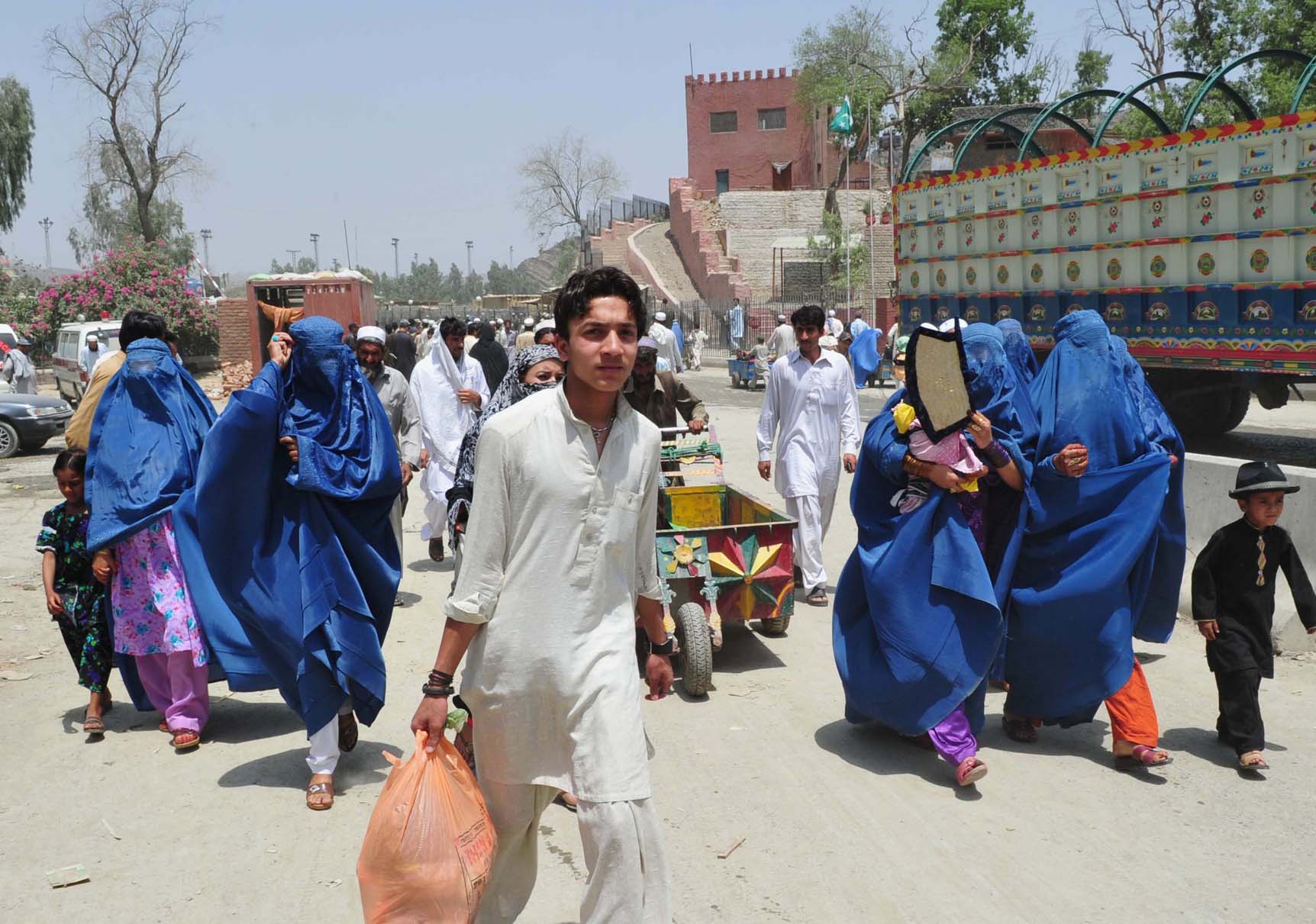 ISLAMABAD, 30 June: The United Nations High Commissioner for Refugees Filippo Grandi concluded his first tri-nation visit to Afghanistan, Iran and Pakistan. On the last leg of his mission in Pakistan, the High Commissioner announced an increase in assistance package for registered Afghan refugee families, who are opting to return to Afghanistan under the UNHCR facilitated voluntary return progamme.

Commending Pakistan’s generosity for hosting one of the world’s largest protracted refugee populations, the High Commissioner noted that the international community needs to support solutions in Afghanistan through robust development investments. Grandi said, “Traditional approaches to solving protracted refugee situations were not enough and therefore there is a need for innovative solutions.”

The High Commissioner reassured the Pakistani leadership of UNHCR’s continued support in assisting the 1.5 million Afghan refugees currently residing in the country. As an immediate step, he announced to double the existing individual assistance package for returnees from an average of USD 200 to USD 400 per person.

Grandi confirmed to upscale programmes for refugee hosting communities through the Refugee Affected and Hosting Areas (RAHA) initiative in Pakistan and to support the Government of Afghanistan in implementing its plans to create conditions conducive for sustainable return and reintegration in high return areas.

During his interaction with Pakistani counterparts, the High Commissioner accentuated that, “complementary to robust community based development initiatives in Afghanistan, the doubling of the currently provided repatriation grant for returning Afghan refugees will help to support voluntary repatriation and sustainable reintegration in Afghanistan, as the preferred solution and key objective of the Solutions Strategy for Afghan Refugees which entered the second stage of its implementation in 2015-17.”

Grandi said, “UNHCR together with sister UN agencies and the Government of Pakistan is committed to support host communities through investments into national systems to build empowerment & resilience of both refugees & their host communities through innovative programmes such as the RAHA initiative.” The High Commissioner also inaugurated a Government Girls Primary School in Nowshera, Khyber Pakhtunkhwa, which was upgraded under the RAHA programme.

The High Commissioner and Minister SAFRON, Lt. Gen (R) Abdul Qadir Baloch called for robust and more equitable responsibility-sharing and enhanced international support for Pakistan, especially in the area of youth empowerment through education, skills and livelihoods, which is critical to build resilience and social cohesion among the Afghan refugees and their host communities through investments in local systems. This also constitutes an important investment in building the human capital of the Afghan youth, empowering them to be agents of stability and progress and enhancing prospects for solutions.

The High Commissioner also called on the international community to redouble their engagement in Afghanistan and support the efforts of the National Unity Government at this critical juncture of its nation building and reconciliation processes.

He said, “Robust development initiatives aimed at creating conducive conditions for sustainable reintegration in Afghanistan are vital to allow for inclusion, participation and active contribution of returning Afghans, particularly the youth.” He added that, “the international community’s collective engagement in closing one of the world’s most protracted refugee chapters can serve as an inspiring achievement in an era when global displacement reaches an unprecedented scale.”