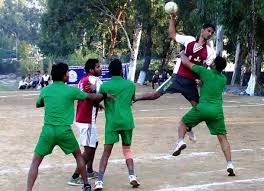 SWABI, 9 December: The University of Central Punjab have won the All Pakistan Inter-University Handball Championship in Swabi.

The Swabi University vice chancellor distributed prizes among the players at the concluding ceremony.